People from Osaka love their food so how could I resist a classified ad for ‘Japan’s Best Food Stalls’. Fine foods from restaurants in the city, like an Osaka food tour where all the culinary delights are in one place.

It was a cold day in early January when I set off for Tondo Matsuri. At this point I didn’t know it as anything more than a food festival.

I love food, I love Japanese food even more. And Osakans love food more than anyone else in Japan. It was already a fantastic day before I’d arrived. 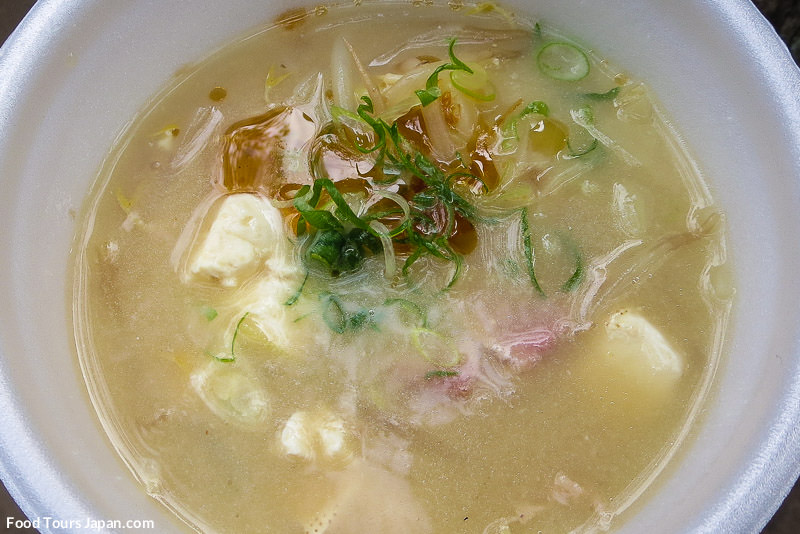 After having a good look around I opted to try something that looked and smelled familiar. I’d later learn from Shinksay – the ‘Master’ at my local izakaya – that the soup is called Tonjiru.

On a day when the temperature was a cold 5°C, the soup proved to be appreciated and very tasty winter warmer. It was easy eating, comfort food full of vegetables, tofu and enough pork to give the soup a meaty edge.

At the bargain price of 100 Yen (reduced price as the soup had nearly sold out) it was fine fooder for a chilly winter’s day.

As I moved around the shrine I came across an area with smoke billowing from a few stalls and the unmistaken smell of BBQ meats. The Yakitori stall had at least 20 people queuing up so I decided to try the BBQ Pork. 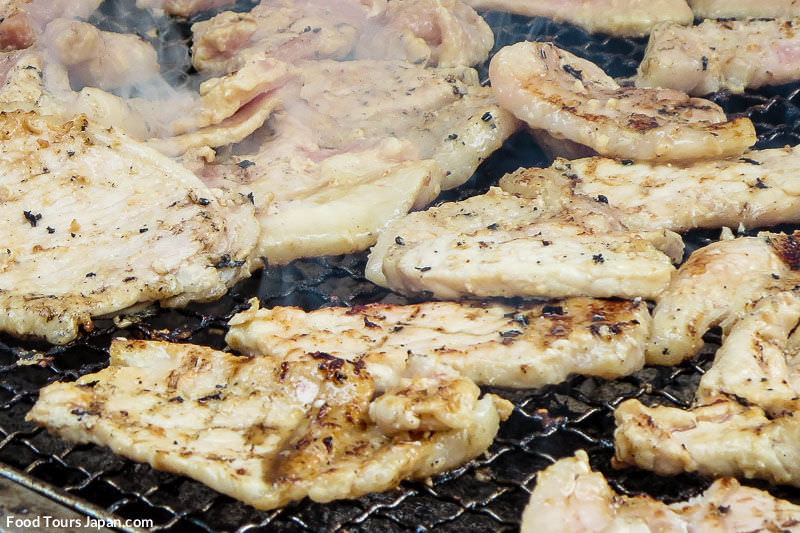 Japan has a high quality food approach to food and the meat is no exception. It usually tastes excellent so I delved in and ordered some BBQ Pork.

I was in for a treat as it was cooked to perfection, exactly how BBQ meats should be. It was slightly burned and crisped which brought out a richer flavour in the pork, whilst on the other hand, on the whole it was very tender and succulent.

The meat had been marinated in sake which gave it a lovely flavour. Maybe shochu (Japanese distilled spirit) was in the marinade but I’m not sure as the lack of Japanese language skills got the better of me.

Discovering washoku through travel in Japan. Sharing the best Japanese food and drink experiences. Living in Osaka. Join me on my journey! 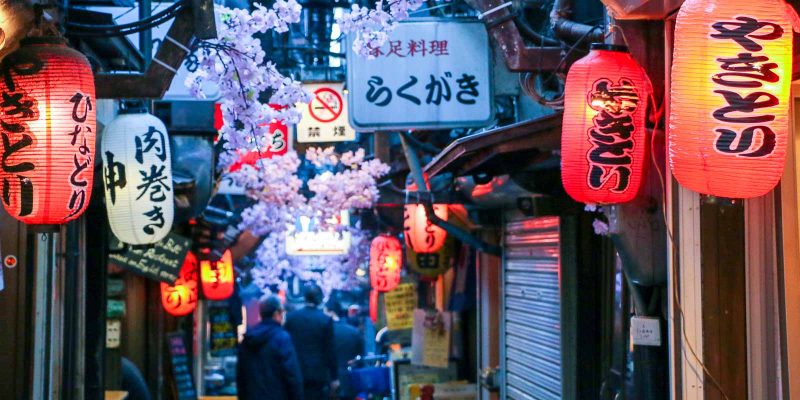 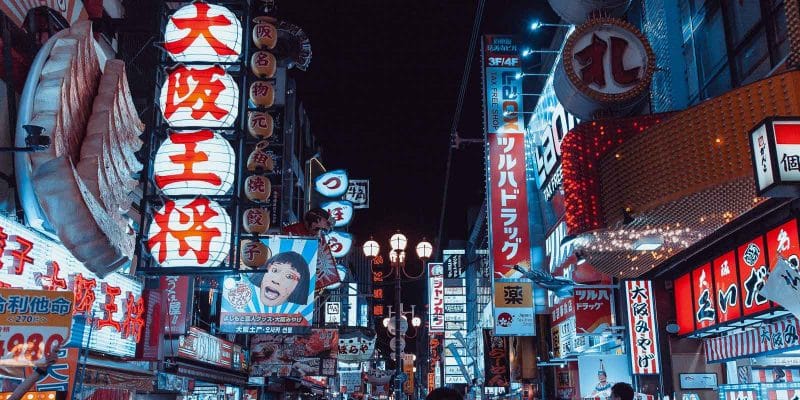 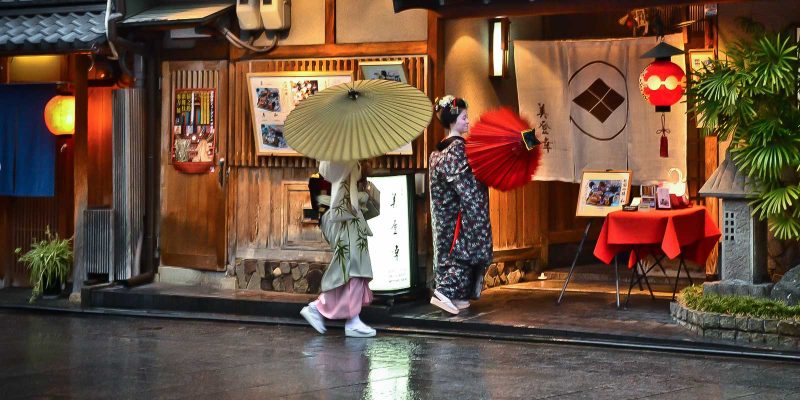